A Word on California Immigration

A major issue in California and the nation right now is immigration.

It is estimated that approximately 10% of California workers are undocumented with a majority of them doing some of the toughest jobs around.

The California worker’s comp arena is designed to be a note fault system focused on getting the injured worker medical treatment and back to work. Unfortunately many of the Injured Workers are reluctant to file workers comp claims out of fear that their undocumented status puts them at risk.

Don’t Let Fear Keep You From Your Legal Rights 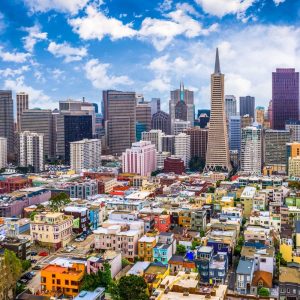 Well there may be risks to being undocumented and injured worker in the state of California still has rights under his workers compensation. You shouldn’t fear filing a workers comp claim if you have been injured on the job contact RP Law Group at 951-394-3640 for a free consultation with an experienced workers compensation attorney.

How Can We Support You?

Get on touch or find an office near you.

"I really appreciate the Law Office of Raj Patel helping out my family in the time of need. I would have to say “he’s the BEST lawyer out there."

"RP Law Group was the best, they help me when I was in real need, they understand cumulative injury, they are not afraid of insurance company and employers..."

We use cookies on our website to give you the most relevant experience by remembering your preferences and repeat visits. By clicking “Accept”, you consent to the use of ALL the cookies.
Cookie settingsACCEPT
Manage consent

This website uses cookies to improve your experience while you navigate through the website. Out of these, the cookies that are categorized as necessary are stored on your browser as they are essential for the working of basic functionalities of the website. We also use third-party cookies that help us analyze and understand how you use this website. These cookies will be stored in your browser only with your consent. You also have the option to opt-out of these cookies. But opting out of some of these cookies may affect your browsing experience.
Necessary Always Enabled
Necessary cookies are absolutely essential for the website to function properly. This category only includes cookies that ensures basic functionalities and security features of the website. These cookies do not store any personal information.
Non-necessary
Any cookies that may not be particularly necessary for the website to function and is used specifically to collect user personal data via analytics, ads, other embedded contents are termed as non-necessary cookies. It is mandatory to procure user consent prior to running these cookies on your website.
SAVE & ACCEPT
Translate »